Just a reminder (and an excuse to post another picture!) that tonight is the premiere of Liz & Dick on Lifetime!

I worked on the test shoot back in June and blogged about it then.  My original blog post can be found HERE.

Well over five months later, the movie premieres tonight, see the link below for more details and times.
I've included a composite shot of the test shoot and a finalized version that the photographer put together.  This was never used for promotional purposes, they instead used a single, more simple shot of Lindsay Lohan.  It's the nature of the beast, you shoot a ton and use only one or two in the end.

If you'd like to see more of these types of pictures, check out a special Album I have dedicated to this stuff on my facebook page HERE. 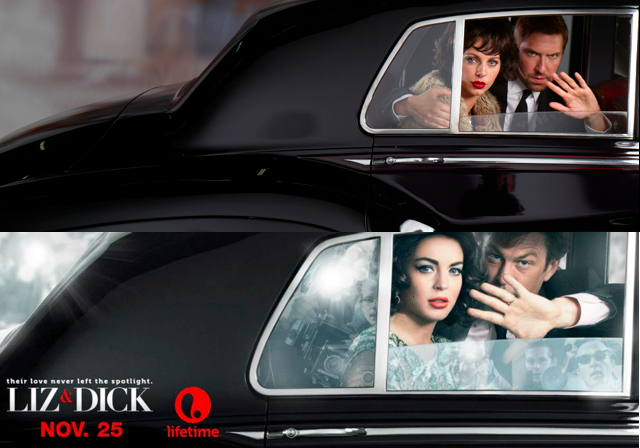 Posted by GetPaulHoward.com at 12:24 PM