Good thing I didn't text my mom photos from set....

This past weekend I had the opportunity to work on a really great, and truly unique, project called "The Train Station Project."  You can see the trailer below, but basically, 25 filmmakers from around the world, film different parts of one script, then all the parts are put together, to create a complete movie.
The Los Angeles sequence featured myself, the victim of a car accident, and "The Man in Brown" (the lead character of the movie), and a mysterious backpack in my backseat....I can't say too much more but the script is really great!  I loved being involved and can't wait to see the finished project!  The sequence that was filmed prior to LA was in Dubai, the one after is being produced in Bogata, Columbia.  It truly is a worldwide project!!  Very cool!!
Todd Felderstein with The Story Project (another amazing organization!) directed the Los Angeles clip and was a pleasure to work with, in addition to Camille LaBry (UPM) and the entire talented crew!
Find out more on the movie HERE and see the trailer and some photos from set below. 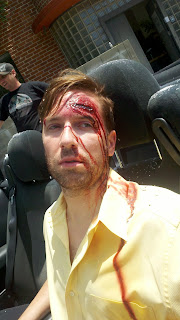 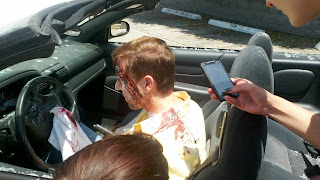 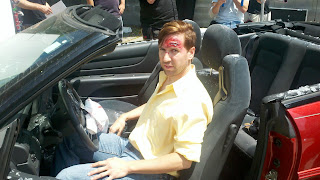 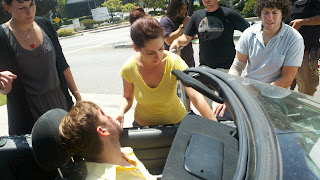 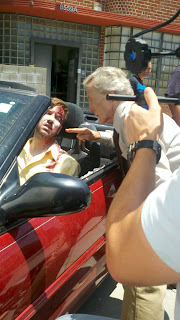 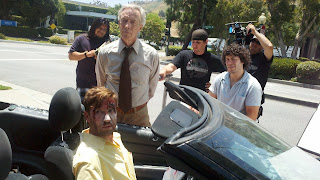 Posted by GetPaulHoward.com at 10:51 AM No comments:

This is a project I did in 2005.  It was directed by Timothy Durr and features Anna Easteden and myself in a home robbery.  It was originally created for FHM's Joke of the Month.  So think of it as a home invasion, with a twist, in the end!
The project was a lot of fun to work on, and the talented Anna Easteden was a true pleasure to work with.  I ended up working on a few other things with Timothy and look forward to working with him again in the future.
I just recently acquired the digital version (Special thanks to Ryane McNally) and thought that it would be fun to share.  Enjoy!


Posted by GetPaulHoward.com at 3:59 PM No comments:

Know where the name Seattle comes from??

Trivia is always fun, so in honor of my current trip to Seattle...
Do you know where the name Seattle comes from??

Seattle was named after the Native American Chief, Chief Seattle (an Anglicization of Si'ahl), that once ruled these lands!  The City was named in honor of him!

I am excited to be in town for the showings of my film, sauce (verb): to make agreeable or less harsh at Seattle's True Independent Film Festival (STIFF).
There is a great accomplishment for me in just getting this film made, but I have to say, it is an amazing honor to have your work recognized and accepted.  I am honored to have 'sauce' accepted to another festival and look forward to seeing it play with a new audience!  Seattle has been a beautiful host (the weather has been amazing) and I can't wait to see the Seattle audience's reaction!
'Sauce' plays both Monday (6/6), and Tuesday (6/7) at Seattle's True Independent Film Festival (STIFF).
Anyone in the Seattle area, and interested, can purchase tickets HERE
For those everyone else, stay tuned for news of upcoming showings and the LA premiere of 'sauce"!!

Posted by GetPaulHoward.com at 2:31 PM No comments:

Paul Gets Between Her Legs

Just added to GetPaulHoward.com is a photo series I did about a year ago with Photographer Mike Thomas, entitled, Between Her Legs.
The photo series tells the story of a couple meeting, falling in love, getting married and their lives together through the ups and downs of a relationship.  While the story of a couple falling in love is not unique, the series most definitely is!  It's unique (and creative) do to the perspective of the shots.  Each photo from the series is shot through the woman's legs.  While this makes things unique, it could also sometimes pose a challenge to logistically tell a story and still create a beautiful shot.  Through much work, creative ingenuity, and sometimes extremely awkward posing,  I think Mike succeeded in this challenge!
Included in the gallery on GPH, are "B-Sides" or alternative shots for some of the various scenes that end up telling more of the story.
It was a pleasure to work with Mike Thomas, and Jamie Dedeaux (the actress who belongs to the legs) to create these unique and fun shots.  This was one of the longest projects I worked on, and clocked many hours on, but it's a pleasure to know that after seeing the end result it was all worth it!

If you'd like to purchase a beautiful book showcasing the full series (Available in Softcover or Hardcover) and including various out takes and behind the scenes shots go to Blurb.com or click HERE.

See the full series online in the Photo Gallery section of GetPaulHoward.com or by clicking HERE. 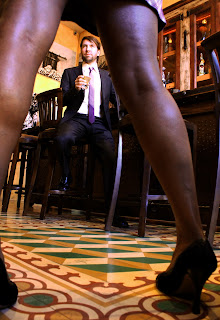 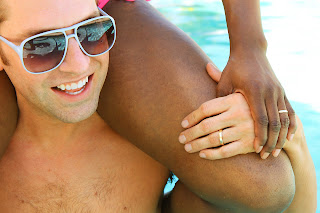 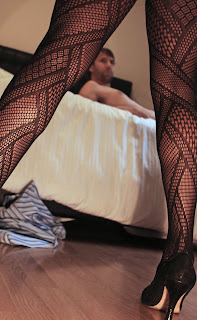