I love this gif!  Besides absolutely LOVING the TV show it comes from (Blunt Talk on Starz) I thought it was also the PERFECT way to express, in a sentence, what 2015 seemed to me.

Let me try and explain by starting with today, January 5th, 2016.
Safely and finally in the new year!!

I type this, on a plane, according to the TV monitor in front of me, some 11,000 miles in the air.  I’m currently on a flight to Los Angeles, from Dublin, Ireland, where I spent about a week vacationing, celebrating a dear friend’s important birthday and generally ringing in the new year.  I share this information not to brag or to boast but to illustrate, a micro example of my year.
Happening at the same time, in about 30 minutes from when I write this, my family will be paying tribute in Sacramento, California to my recently deceased Grandmother, in a celebration of life.

Unfortunately, I will not be able to attend due to previously booked travel plans and commitments I feel would be wrong to break.  While I am comfortable with the choice, and my family understands, I feel a bit of sadness and guilt for not being there.  Not because I have any unresolved issues, quite the opposite, I know my Grandmother loved me, and I know she knew I loved her.  She was an amazing woman, who was flirty, and funny, and loving, and often had a mischievous sparkle in her eyes.  She was also a fighter, and fought off (and for a long time succeed) against a cancer that kills many, many less fortunate. 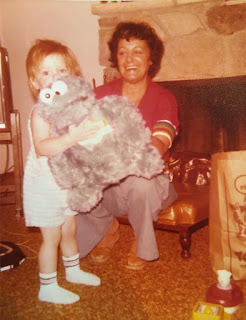 As much as it pains us sometimes, it was her time.  I understand that, and now celebrate her and the many memories I have of her in life.
No, I do not feel sadness and guilt for my Grandmother, but for the simple fact that I cannot be there to support my family, the living who are understandably all at different points in the grieving stages.  My presence would not changed that, but may have at least added a level of comfort.

But as many things in life, this was not meant to be.

My grandmother was not the first family death of 2015 either.  A month or so prior, my Uncle, who had been battling cancer successfully for many years was also suddenly taken from us.
And while I’m happy to report that my Father, who was diagnosed with cancer in late 2014 and received treatment for the first half of 2015, is now, cancer free, I would be lying if I said that the entire process was quite traumatizing and stressful.  Besides the initial shock, and fear, you begin to prepare for the worse.  I cried many a tears over the possible loss of my father.  Things don’t have to literally happen to effect us.  Knowing they could, or there is a chance, can do enough damage. 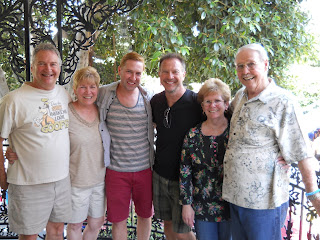 Another major event (or more accurately, events) happening in early 2015 (February) for me and continuing all the way through into this month (almost exactly a year!) I have been facing one of the most important and challenging events of my life.  I do not say that to be dramatic but instead to illustrate the seriousness to me and for me that these events have caused.  Events, that until now, I have never publicly shared.  Only very recently have I even told many family and friends about.

I am a survivor of child abuse.

I was violently, repeatedly, and cruelly abused for years (roughly 12 years) by my day care babysitter.  As were all the other children there.  A trauma that in itself is another abuse.  To be forced, as a child, to watch other children be hurt, taunted, and attacked fills my memories almost more then the tortures I personally endured.  All done by a cruel, and again, excuse my drama, evil woman who is still currently still being allowed to run a day care and babysit.
Before you become angry though or ask how that is possible, I am happy to report that last year she was investigated by the state and the multiple claims against her, have in fact been substantiated!  The only reason she is still able to run a daycare is because she is allowed to appeal the decision, which is her right.
Later this month, in a Sacramento hearing, I, and others will face her and share our stories and hopefully solidify the investigation against her and it’s findings and she will forever, finally be stopped.  I have prepared myself, that even if things don’t go my way, I am so thankful… no, grateful for the opportunity to tell my story publicly, to stand up and face the woman I have not seen in decades, and to finally shed the traumas of being a victim and fully own that I am a survivor.  Many never get this opportunity.  I am not naive of this fact.
That is another part of why I have chosen to finally share this all, publicly.  It is in the hopes of inspiring others, to come forward and to share!
It is also deeply selfish, this confession, in that it allows me to more completely shed the guilt and shame always (in my opinion) associated with abuse of this nature.

Which brings me back to the main reason I write this.  2015, with all of it’s very personal challenges, also had amazing opportunities, accomplishments, and successes.

I visited Japan for the first time and had amazing adventures there!  I created and independently released two very personal and very different films this year.  boys become men, my short film/music video hybrid and the period drama, holiday short film, Christmas Visitations.  Christmas Visitations which in just over a month is at almost 12,000 views on YouTube.  A cool accomplishment for many, and a career best for me so far! 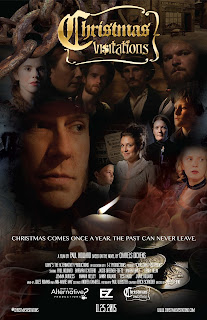 I celebrated an eighth year of my holiday card tradition and I traveled all over the world, to Ireland, England, Canada, and a whole slew of places in the United States.  I worked on the Sony lot for weeks (where I first saw Blunt Talk before it’s release) and was involved with Lifetime photo shoots.  I auditioned and I worked.  I ran a successful Kickstarter campaign.  I directed and I produced.  I laughed, hard.  I cried, sometimes hard too.  I was challenged.  I was often brought to my knees by the loss, the pain, the memories of the past and it’s traumas but I also kept getting up.  Even when I didn’t feel it.  Even when I didn’t think I could.  Sometimes I didn’t know why, but I did. 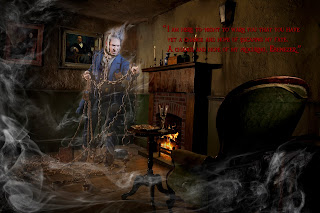 I had the opportunity to work on many different projects in various capacities.  Learning, growing, and fine tuning my skills as an artist, an actor, a son, a friend, a writer, a human being. 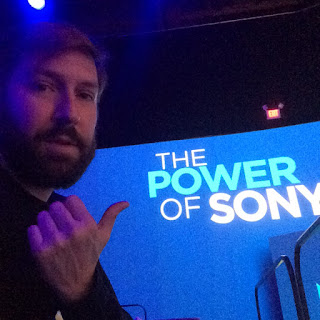 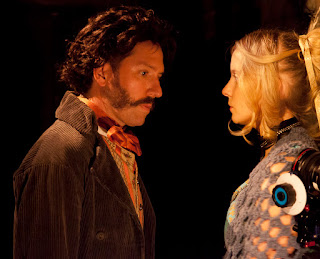 Which is what I share with you.  Life can absolutely and completely be a shitstorm!  So much annoyance, so much drama, so much negativity, so much… shit.  But, life is also a gift.  A beautiful and precious and fleeting gift.

That cliche, about the glass being half full or half empty.  It’s so true.  It’s so right.  We decide.  How much have we lost, how much do we have.

Through a fairly traumatic 2015, a year that I have to be honest, I didn’t feel “normal” or like myself for about 80% of, I am happy to report that in the end of and now the beginning of 2016 I feel like I’ve returned, renewed, and better.  Part of that is luck, and opportunity, and the randomness of life, but a lot of it is my choice.

So 2015… you were a handful and to be completely honest, kind of sucked…often…but I survived.

2016, be warned, I am better and stronger and more prepared the ever.  The past is exactly that.  Gone.  Unchangeable.  The future?  Well, the future is a gift, one in which I fully intend to accept and celebrate.