Thank you for supporting me in all the amazing ways that you do!  Happy Holidays and please enjoy, from the world of Everything Twas: Twas, The Night Before... He Left for War... 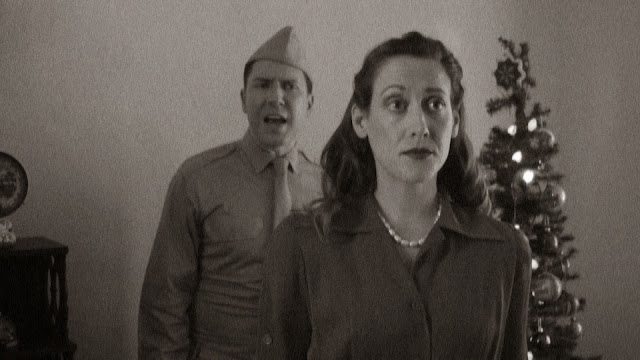 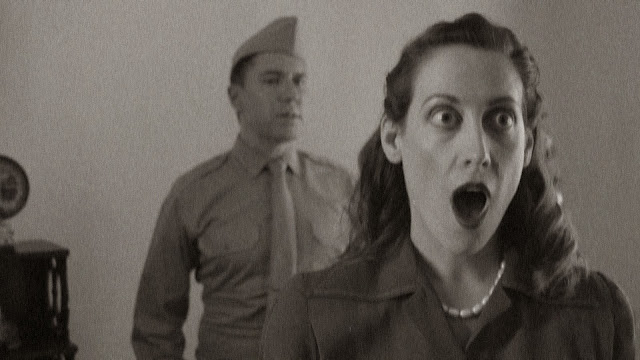 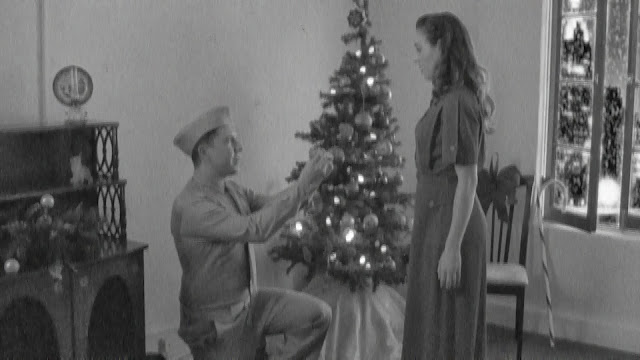 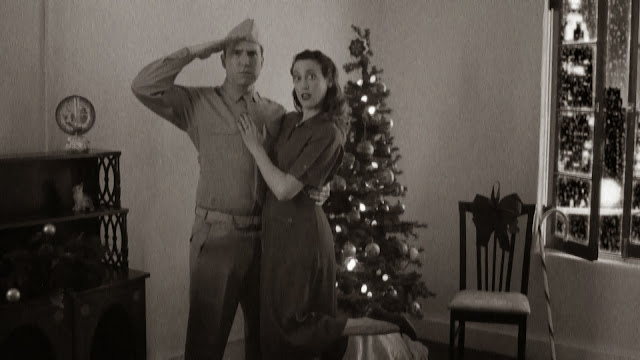 One of my favorite things about this crazy industry that I work in is getting to see how things ultimately end up.  Meaning, most times while you work on projects (films, television, photo shoots) you only get to see one aspect of your work.  That's what you are actually doing on set.  What is actually there and real.  There are no special effects in place, no retouches, no fonts, or logos or music or finalizing of any kind.  Instead, you have to patiently wait (sometimes years) to see how things turn out and are finalized.  What images or scenes are used?  Which ones are not?  Did they change things from the original vision or keep it exactly the same.  How does the story work?  The acting? The modeling? The directing?
As a producer I have a deep respect and interest in these things.  Many times, on projects that I produce, I also have control over a lot of this.  It's part of the job!  However, as many people who are "talent" can attest to, as an actor or model you often have little to no say in these things.  It's anyone's guess as to what the final product will be or where or how it will end up.  As talent, you do your work, and then kind of cross your fingers and hope!
I was fortunate enough to work on the promotion for Bonnie & Clyde (Appearing on A&E, Lifetime, and The History Channel two nights, starting tonight!) back in May in Baton Rouge.  I had limited but specific interaction with the entire cast, including Emile Hirsch and Holliday Grainger, and producers.
Many of the things we shot for promotion didn't make the cut (some of which are below with me standing in) others did, like the ad campaign you have probably seen in some form or another.  Overall, I truly had a blast working on this one and can't wait to see the film.  Check it out, tonight! 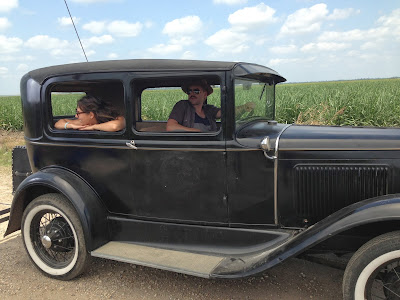 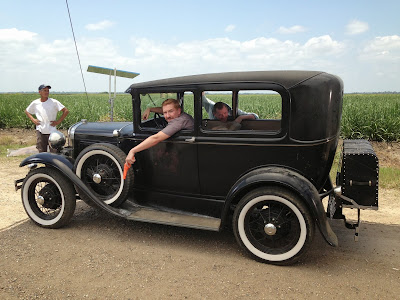 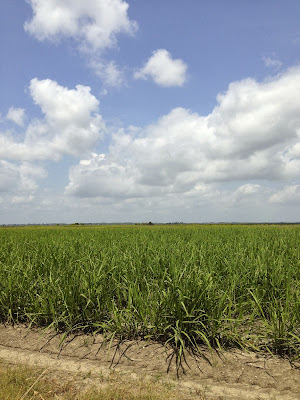 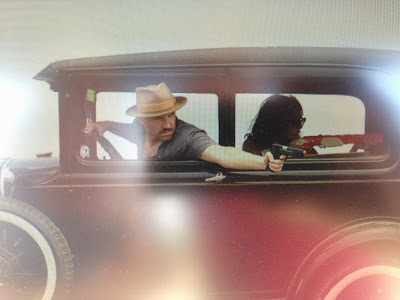 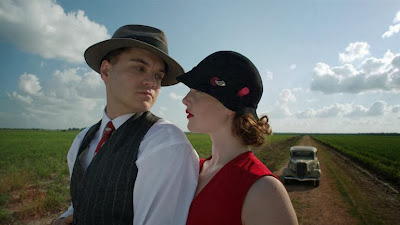 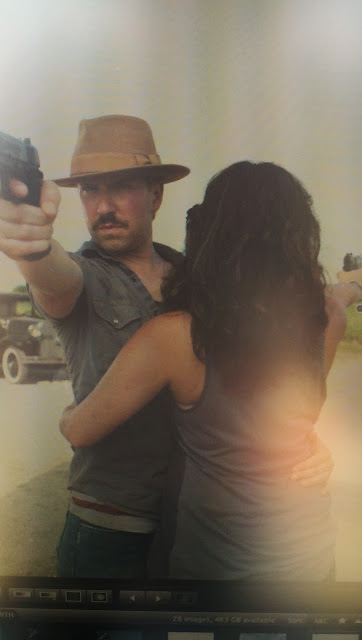 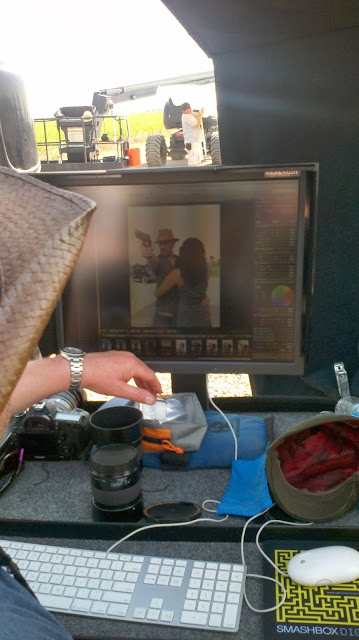 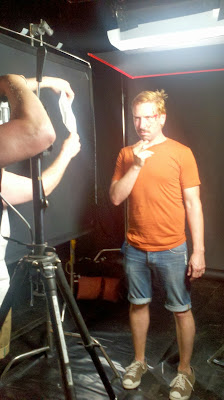 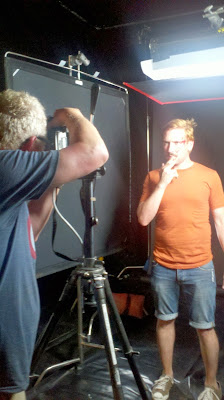 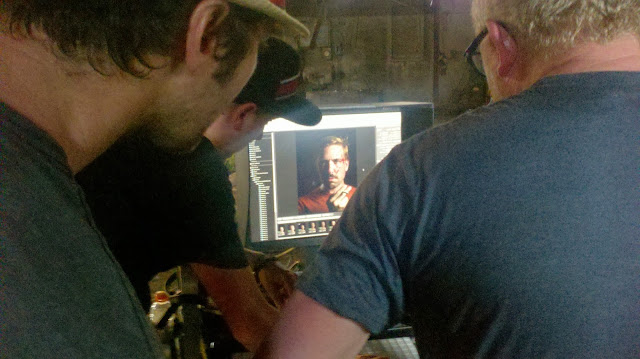 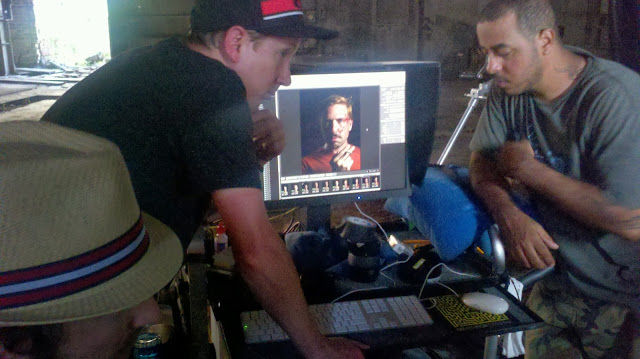 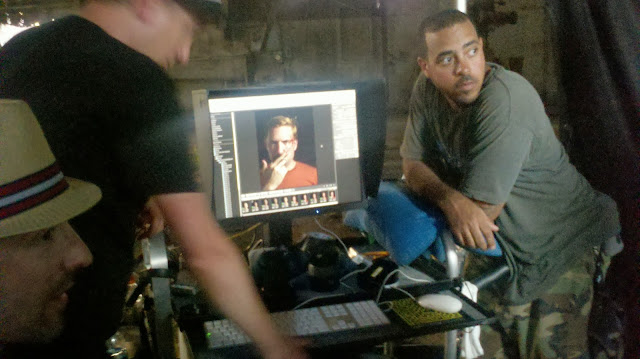 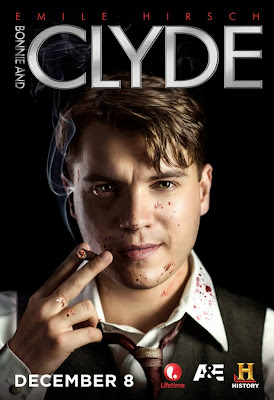 Email ThisBlogThis!Share to TwitterShare to FacebookShare to Pinterest
Labels: PR stands for Paul Relations, The 9 to 5-er

AS IS: How to Negotiate Starring Ann Benson PREMIERES

From the World of EVERYTHING AS IS, comes AS IS: How to Negotiate starring Eve Sigall & Ann Benson.  See more adventures in GARAGE SELLING in this fun, short film starring these amazing and talented ladies!   And be sure to see my full film, EVERYTHING AS IS on YouTube!!

Email ThisBlogThis!Share to TwitterShare to FacebookShare to Pinterest
Labels: Every THING 4 Everything As Is, PR stands for Paul Relations, The 9 to 5-er

There will be TWO winners (one for each page) who will each win one of the Ceramic Christmas Trees (pictured below) AND used in the filming of Everything As Is and Everything Twas!!  The contest is sponsored by (and the trees were generously donated by) Jacque Honeycutt of Texas Hill Country Ceramics & Gifts (www.TexasHillCountryCeramics.com)

You will receive one entry by filling out the entry form on the Everything As Is fan page, you can ALSO then fill out the entry form on the Everything Twas fan page to be entered a second time… and if you share the contest (you'll receive a special unique url to share) and someone enters, you'll receive additional entries!!  With no limit!!  How cool is that?!?!  If you get enough people to enter under your special url, you could get tons of additional entries increasing your chances of winning!!

PLEASE help me get the word out by SHARING this contest, EVERYWHERE and numerous times!!  And go enter now!  Remember, it runs for ONE WEEK ONLY!!
GOOD LUCK!! 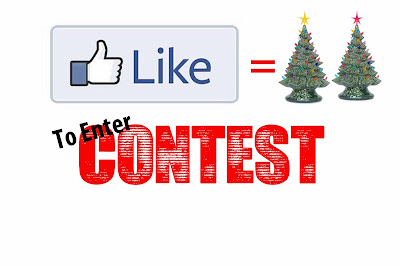 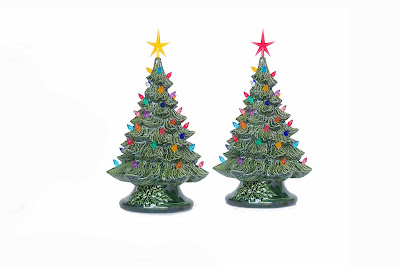 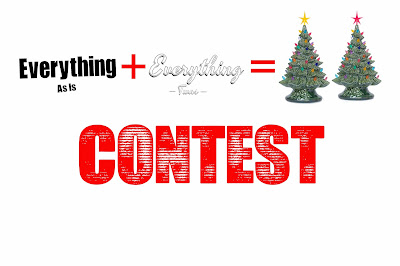 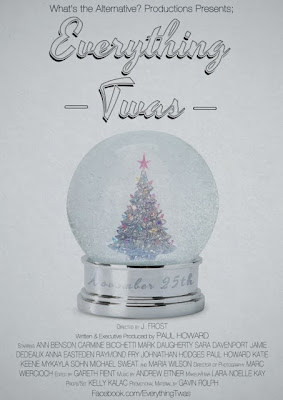 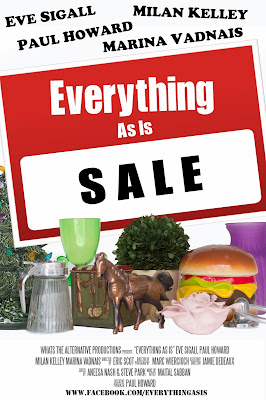 Posted by Unknown at 3:21 PM No comments:

Email ThisBlogThis!Share to TwitterShare to FacebookShare to Pinterest
Labels: Every THING 4 Everything As Is, No Purchase Necessary, Twas Time
Newer Posts Older Posts Home
Subscribe to: Posts (Atom)