An effusively enthusiastic or ecstatic expression of feeling.


I'm very excited to share that the 2006 short film, Rhapsody, is finally available to be seen online, for the very first time!
The film was one of the first "major" things I did and holds a special place in my heart!  It was such a fun (and at the time) original concept, plus a great learning experience to work on the film!  I've always been very proud of the end result!!
Rhapsody was an Official Selection for the International Newport Beach Film Festival (2006).

See the short film now at my YouTube channel!! 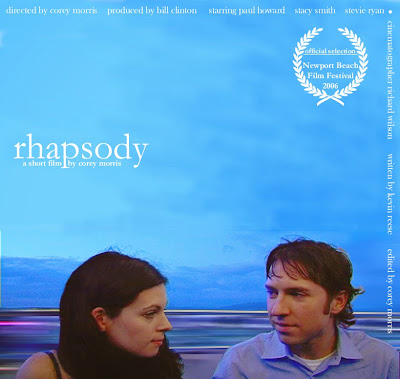 Posted by Unknown at 9:51 AM No comments: